Worldwide, more than 700 million women alive today were married before their 18th birthday and more than one in three (about 250 million) entered into union before age 15. South Asia is home to almost half (42%) of all child brides worldwide; India alone accounts for one third of the global total.

Of the world’s 1.1 billion girls, 22 million are already married. Hundreds of millions are at risk, and the number will only grow as the population increases.

Child marriage is a manifestation of gender inequality, reflecting social norms that perpetuate discrimination against girls.

This is a photographic story on the programs of education and prevention UNICEF India has put into place, together with local NGOs (such as Urmul and Prayasam), government and village leaders, particularly in the regions of Rajasthan and West Bengal. 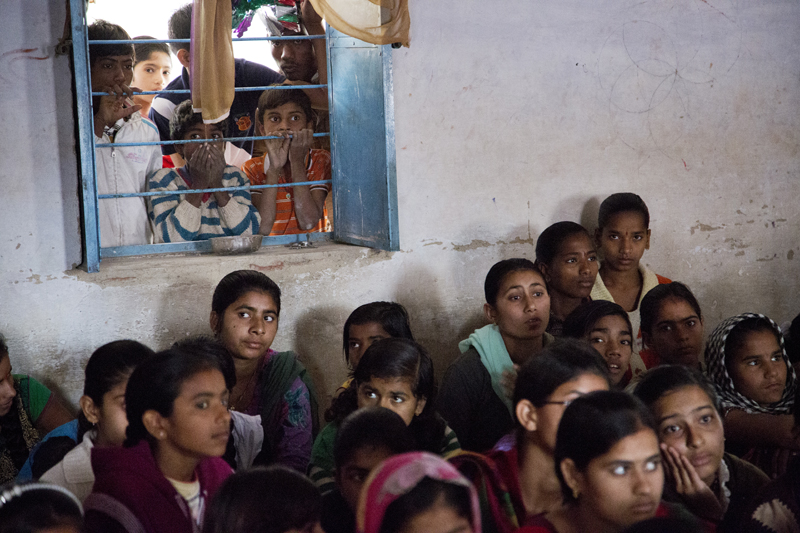 Benisar village, Rajasthan. Boys spying on the girls’ discussion group to prevent child marriage,
empower themselves and talk about sensitive topics, such as girls’ education. 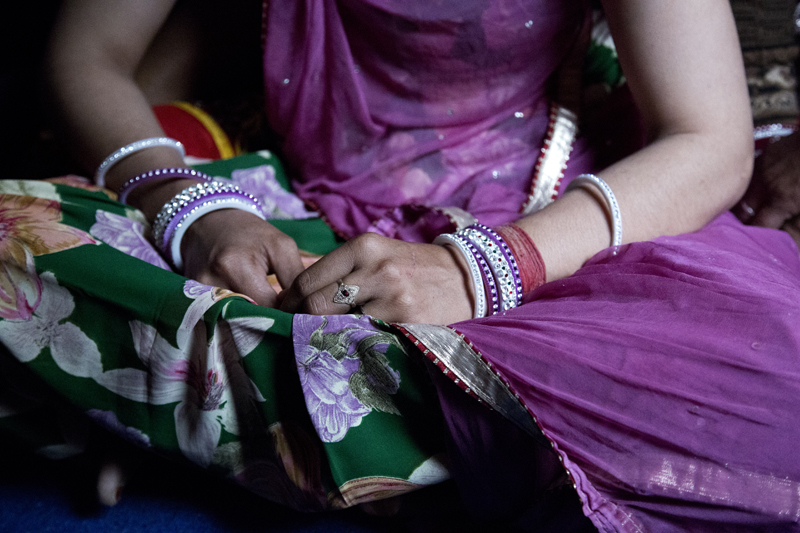 In India, the median age at first marriage is 19.7 years for women in the richest quintile compared to 15.4 for the poorest women. 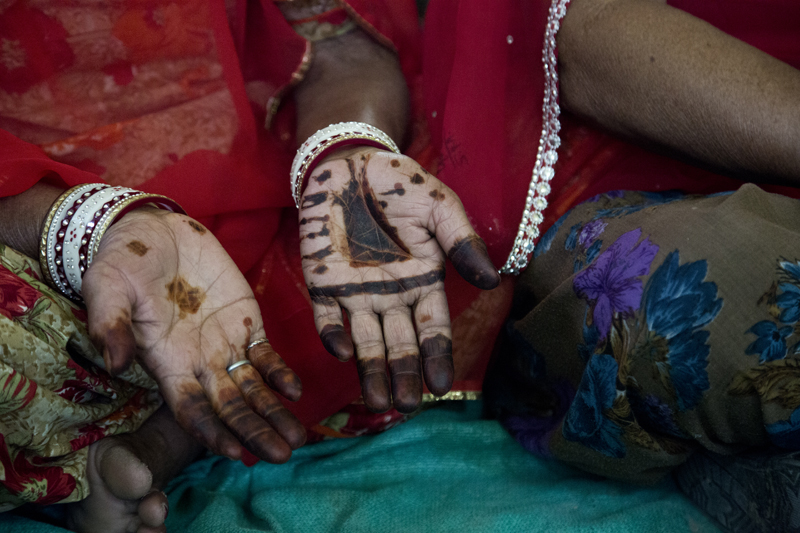 Dharams village, Rajasthan. The hands of a woman participating in the gram panchayat, the cornerstone of the local self – government organisation. 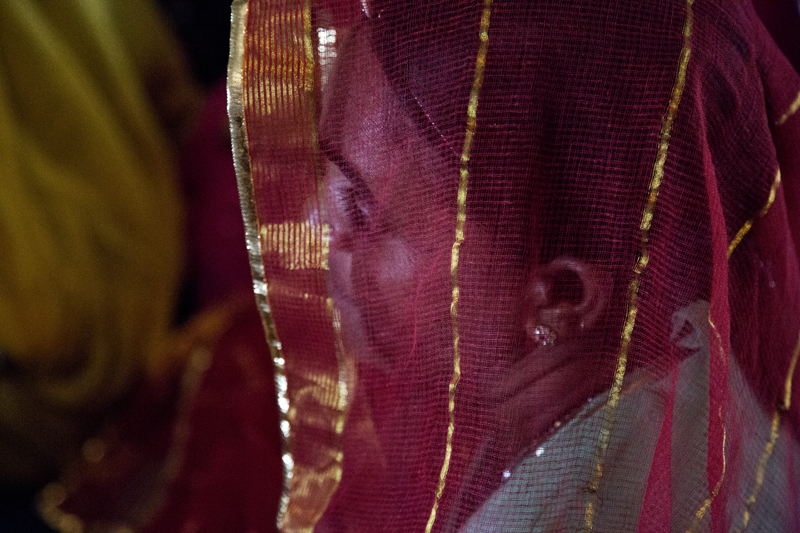 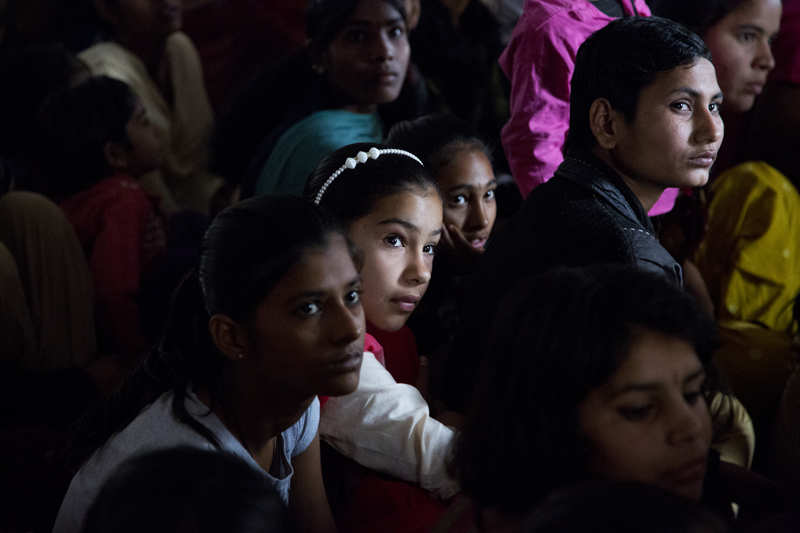 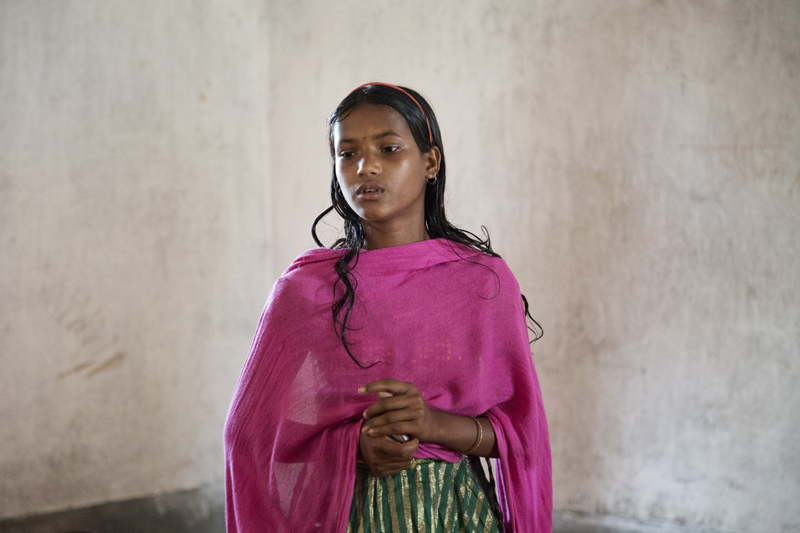 Sandeshkhali, 24 Parganas, West Bengal.
Across all regions, girls who live in rural areas are more likely to become child brides than their urban counterparts. 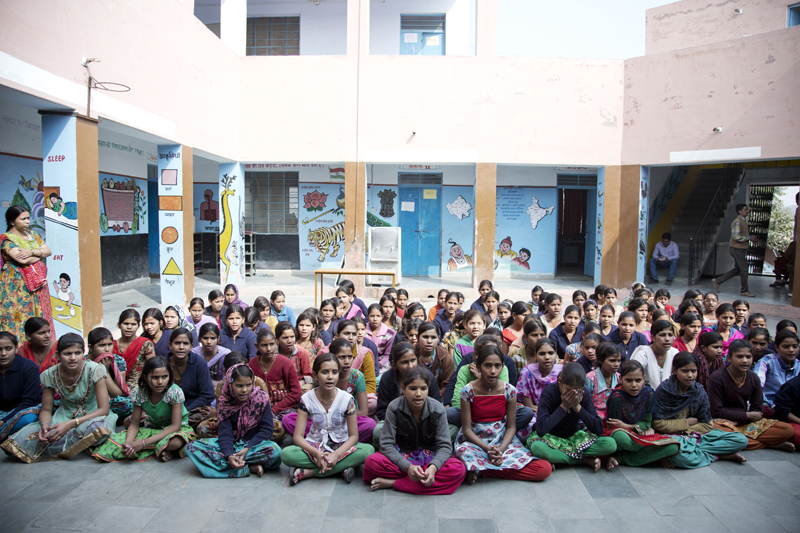 Girls who marry are not only denied a childhood. They are often socially isolated – cut off from family and friends and other sources
of support – with limited opportunities for education and employment. Lower levels of education are found among women who married in childhood. 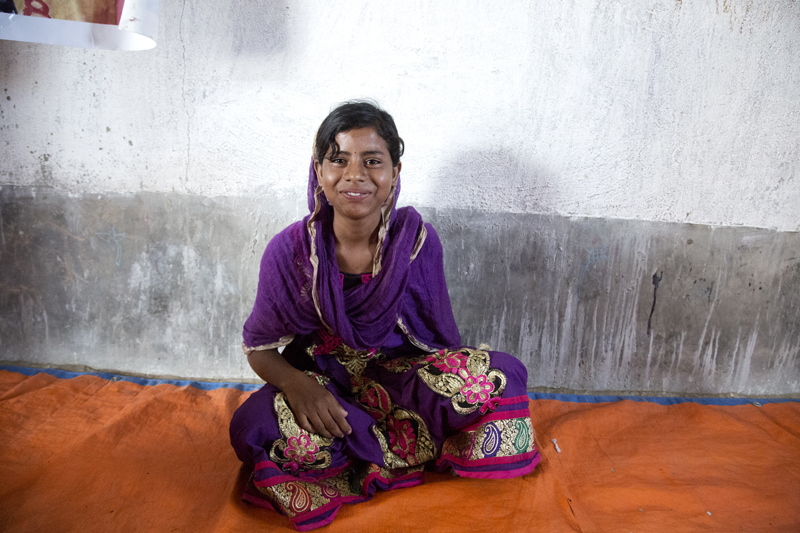 Sandeshkhali, 24 Parganas, West Bengal. Khadijia, 14, was promised in marriage to a man in another village.
Together with her peers she obtained for the marriage to be called off. She is now back in school. 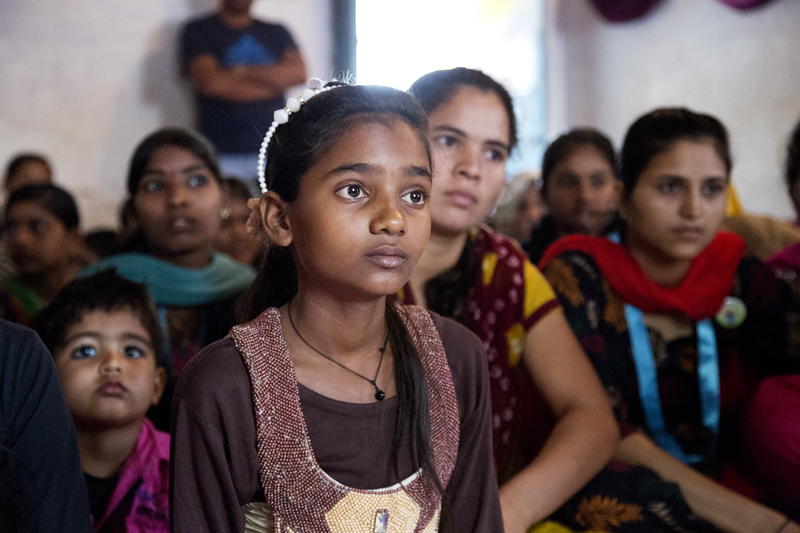 Child brides are often unable to effectively negotiate safer sex, leaving themselves vulnerable to sexually transmitted infections
along with early pregnancy. The pressure to become pregnant once married can be intense, and child brides typically end up
having many children to care for while still young. Child brides are also less likely to receive medical care while pregnant.
This, along with the fact that girls are not physically mature enough to give birth, places both the mother and their babies at risk. 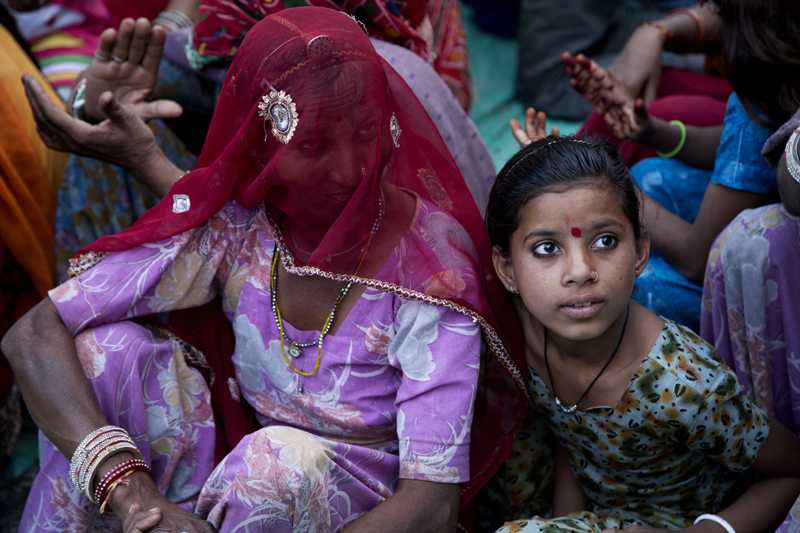 Inpalsar village, Rajasthan. A mother and a daughter watching an educational puppet show to prevent
child marriage, before the whole village took the oath to become child marriage free. 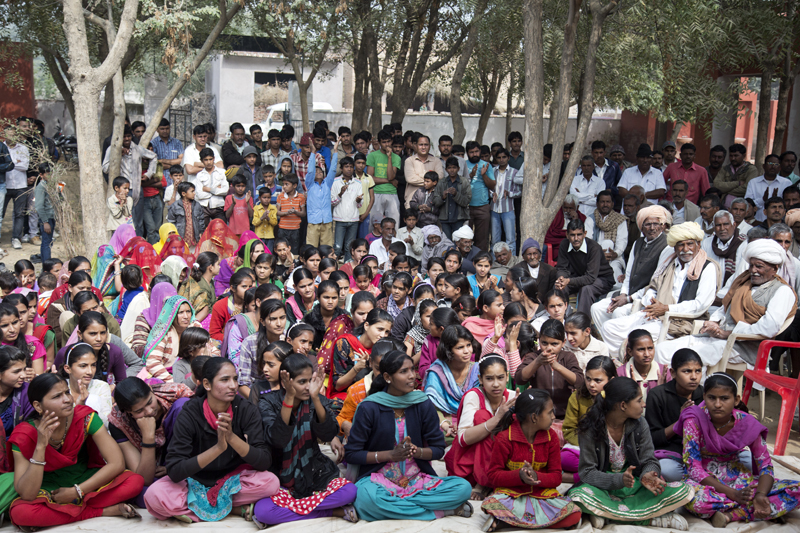 Benisar village, Rajasthan. The whole village is brought together to celebrate the fact that it’s been child marriage free for two years. 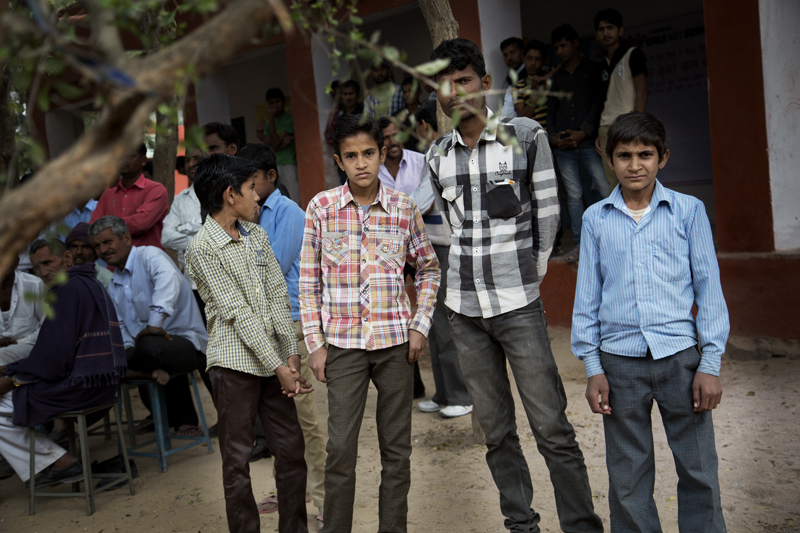 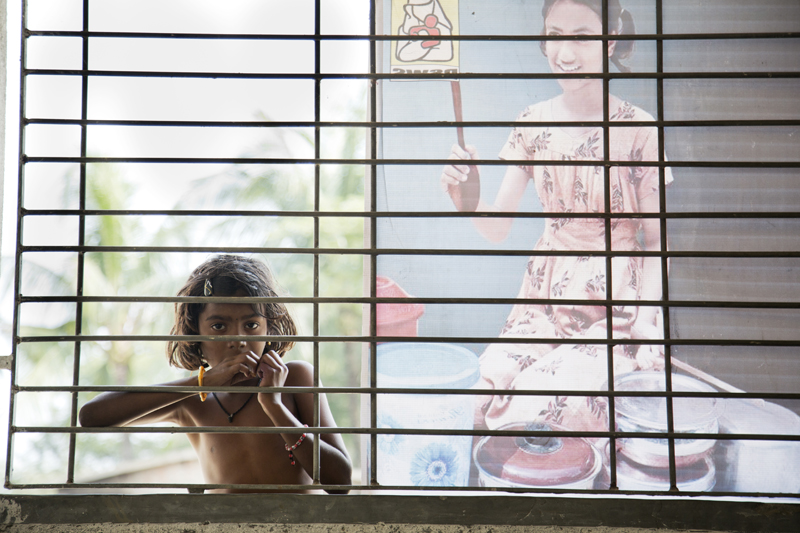 Sandeshkhali, 24 Parganas, West Bengal. The practice of child marriage is slowly declining. Progress is most dramatic
when it comes to girls under 15 years of age. Globally, 1 in 4 alive today were married in childhood versus 1 in 3 in the early 1980s.

Despite gains, the rate of decline is barely fast enough to keep pace with population growth. Even if progress continues, the total
number of women married as children will still be around 700 million in 2050, although nearly 490 million girls will have avoided early marriage. 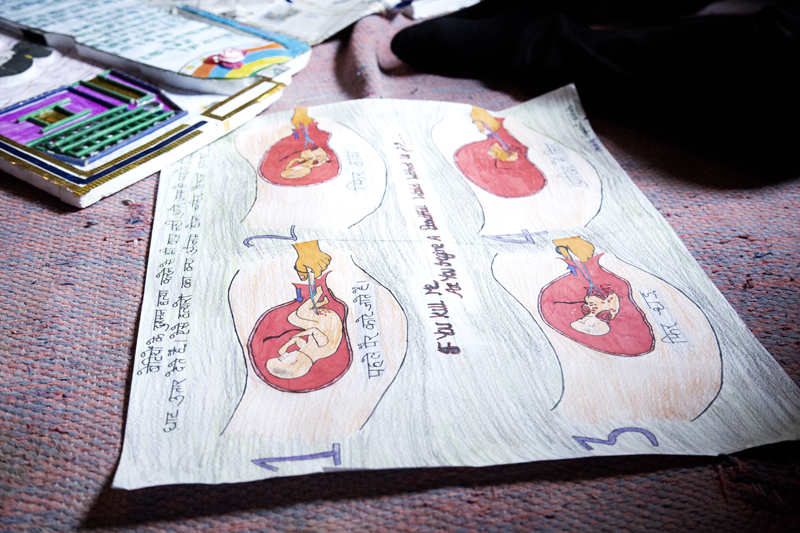 Benisar village, Rajasthan. A drawing the girls made to explain and prevent sex – selective abortion, broadly practiced in India.
“If we weren’t born, we wouldn’t have made this drawing”, they state proudly.