At the border between Jordan and Syria

In March 2015 the conflict in Syria entered its fifth year, with 200 000 victims and almost 4 millions refugees.

In Jordan, especially at the border with Syria, the lives of Jordanians and Syrians have always been interlaced, due to common cultural background, language, and mixed weddings.

Solidarity was therefore natural at the beginning of the war, but impatience has been starting to grow.

All the photographs were taken for UNICEF Italia. 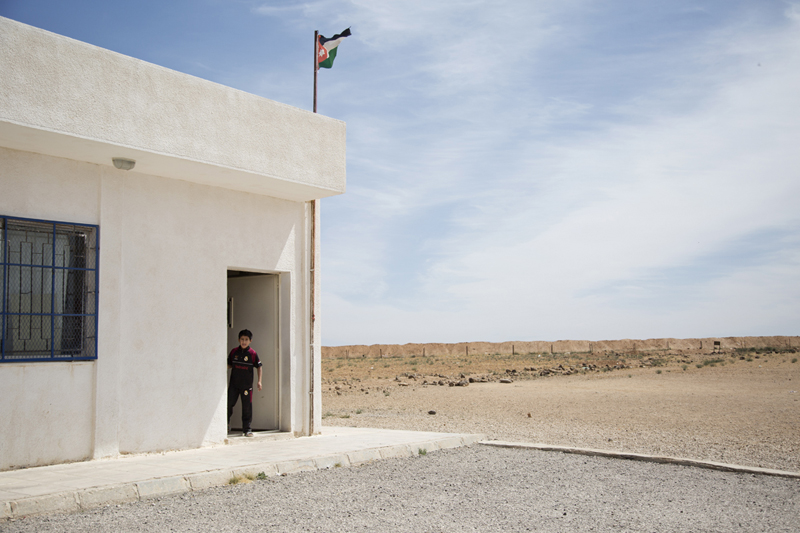 Al Rahmat school is 6 km away from Syrian town Busra Sham, and only 100 meters from the border.
When the ball the children play with is kicked a little too far they don’t go fetch it, to avoid the minefield. 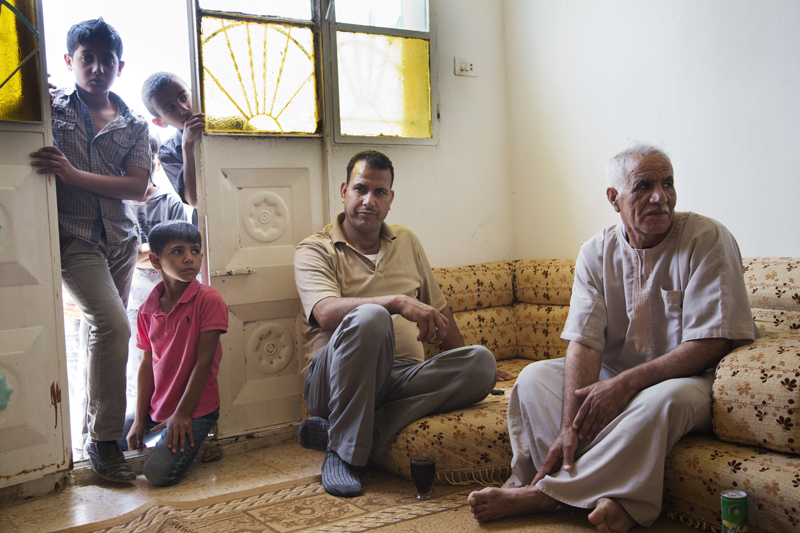 Mister Slaiman, Jordanian healthcare assistant, and his family in Umm Al Jimal. Very close to the Syrian border,
Umm Al Jimal municipality has had to face, since the beginning of the war, a huge immigration from Syria. 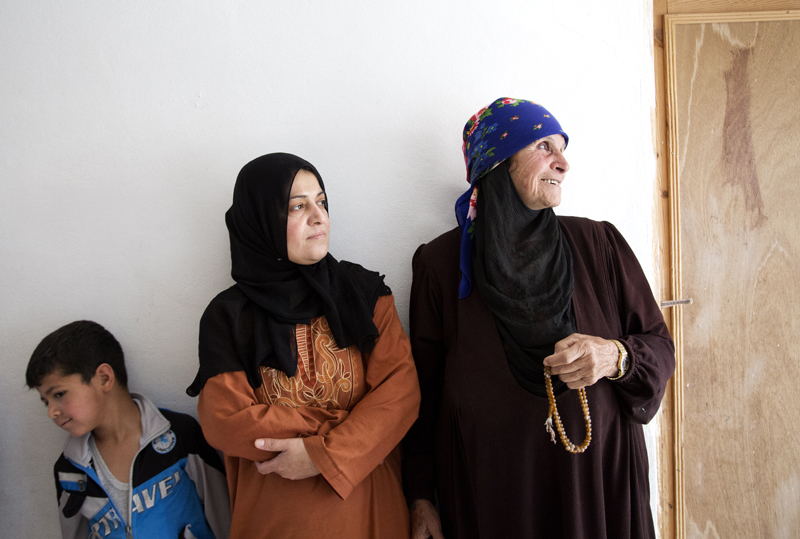 A Syrian family in Umm Al Jimal municipality. Most of the refugees have found accommodations within cities and towns. 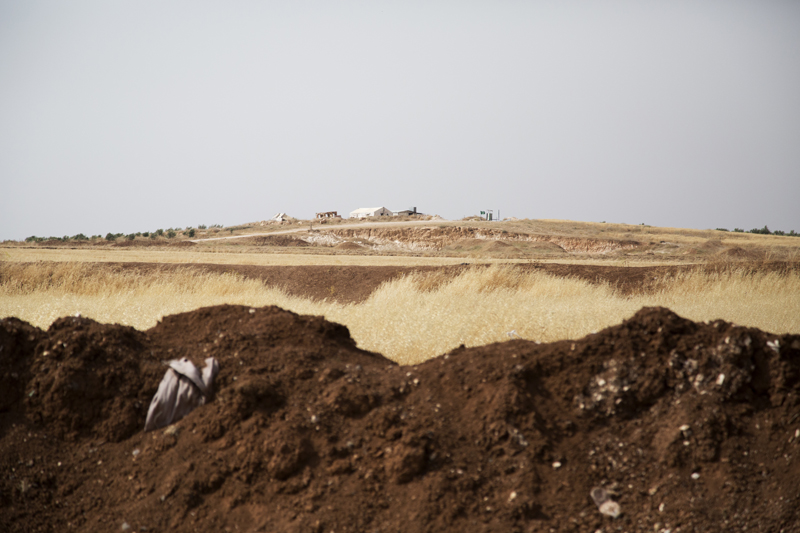 The border in Tal – Shihab. Until the first months of 2013 Jordan accepted 3-4 thousand people every day, now only 25-30 are let in, mostly wounded. 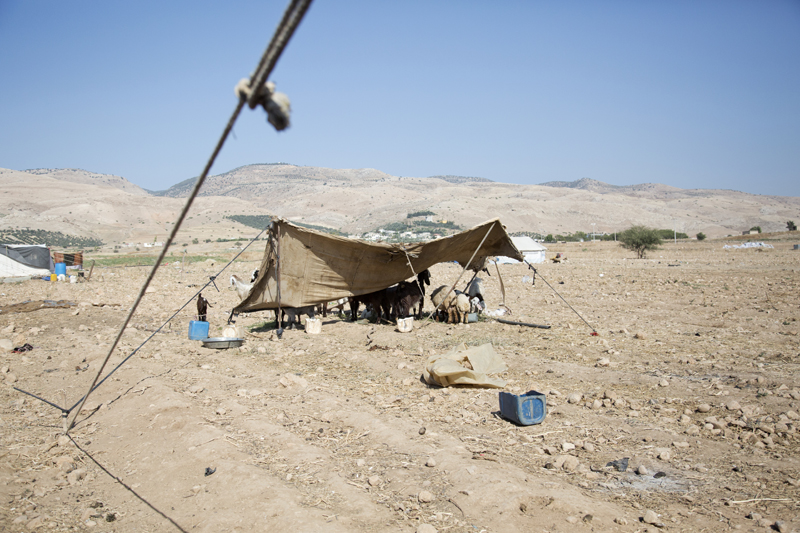 Karama, Jordan Valley. Jordan has registered 628 thousand refugees, only 15 % live in refugee camps,
most of them live in the cities and the remaining live in “informal settlements”. 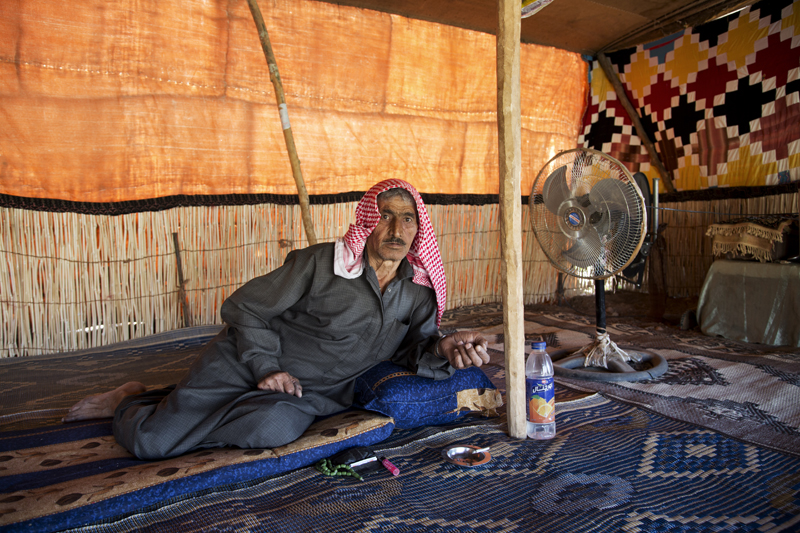 A deaf-mute man waiting for his tea under the tent where he lives in Karama. 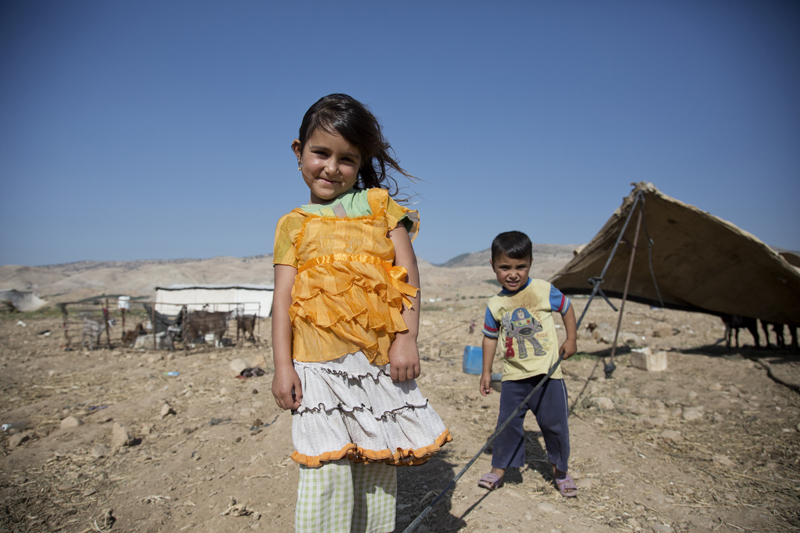 Karama, Jordan Valley. Thirty-five Bedouins from Hama live in a few tents with children, goats and hens.
They move following the agricultural jobs they can find, or when they are evacuated by the police. 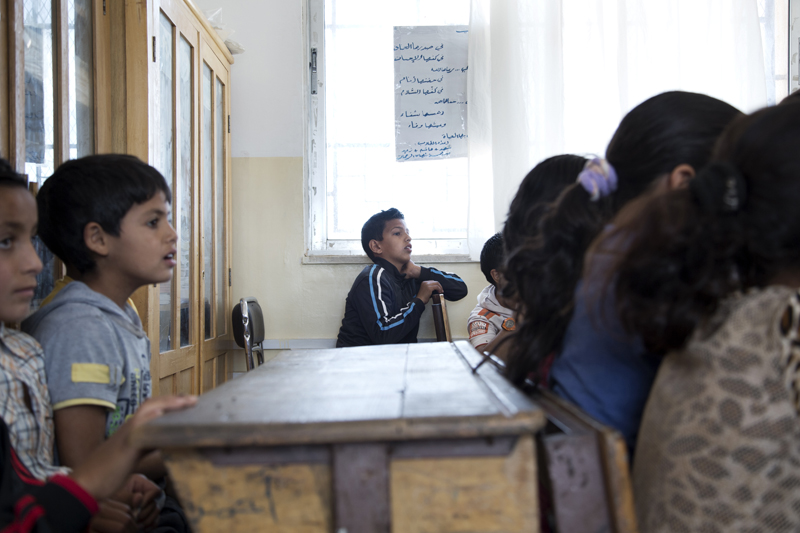 Al Rahmat school has forty-five students, boys and girls, both Jordanians and Syrians. 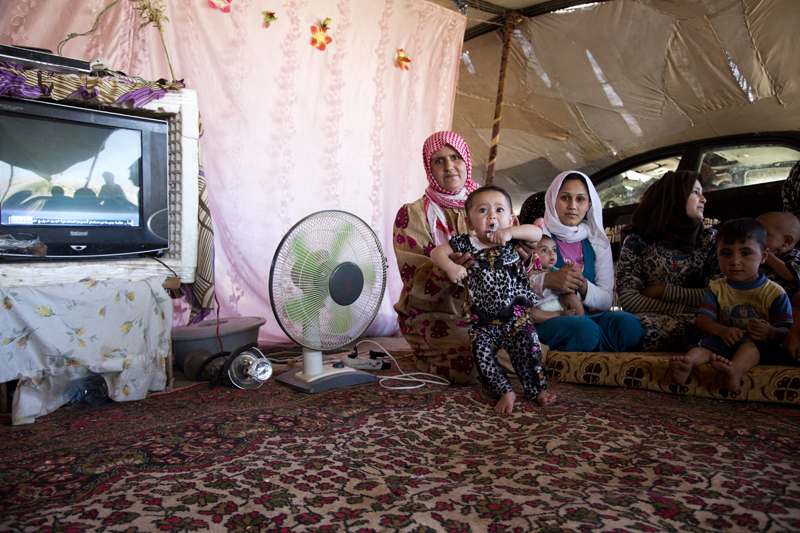 Karama, Jordan Valley. Even though it can be more difficult due to lack of money, distance from shops and hospitals, some people
prefer to live outside refugee camps to maintain their freedom. Some of them think the camp is not a safe environment for their families. 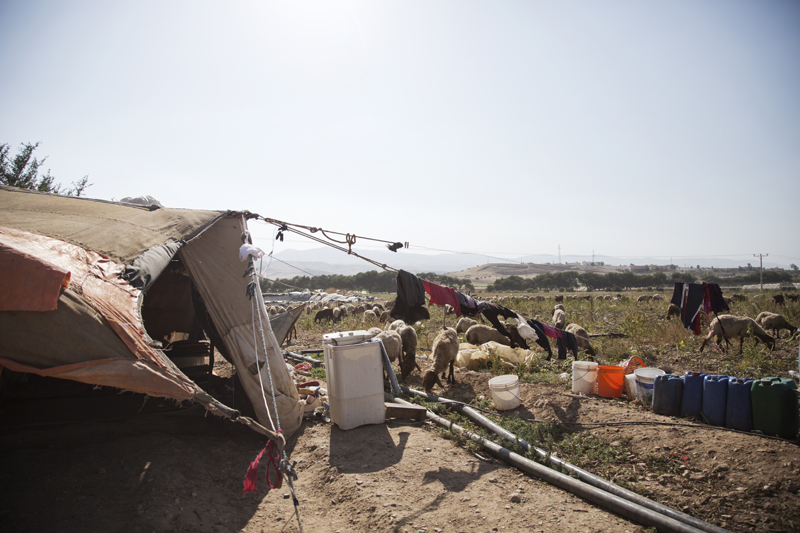 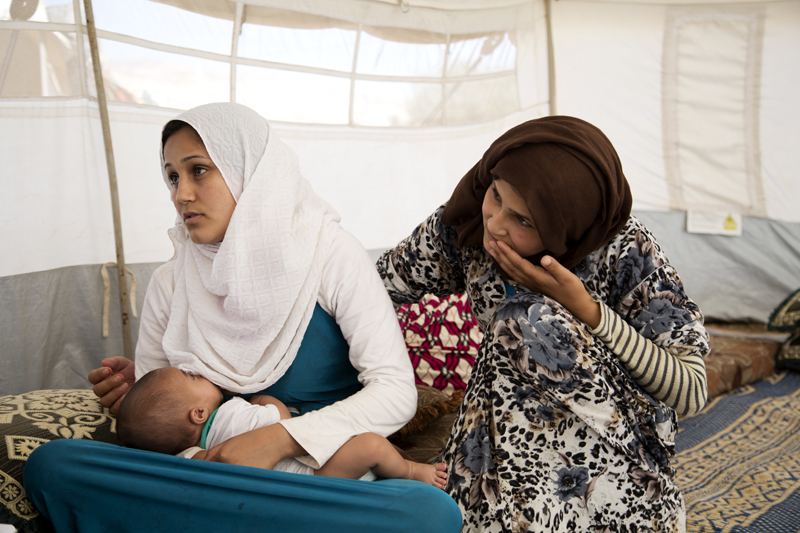 Noah, 16, and her six months old son Youth in Karama, Jordan Valley. Her husband is now back in Syria.
300 - 400 people go back to Syria from Jordan every day, whether to reunite with their families, or to fight in the war.