Debaga was once a village between Erbil and Makhmour, in Iraqi Kurdistan, it then became a small emergency camp, built to house just the displaced families living in informal settlements in the area. It is today a refugee camp with thousands of inhabitants, mostly from Hawijia and Qayyara. 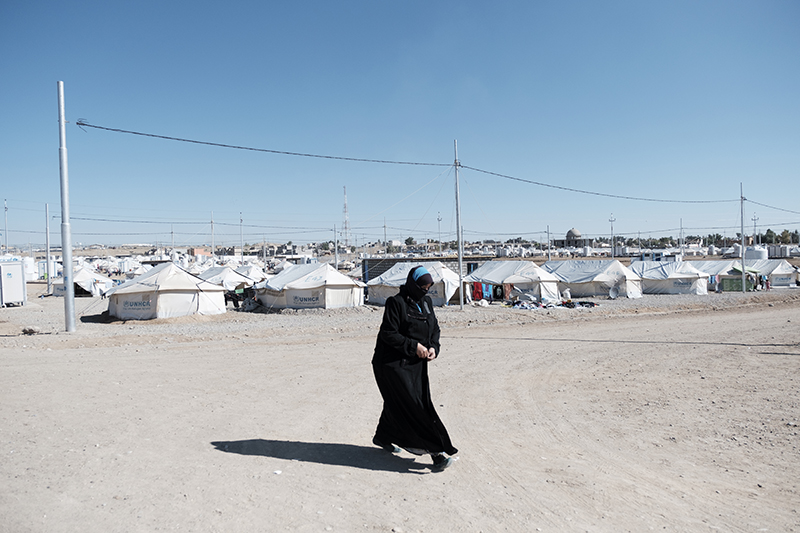 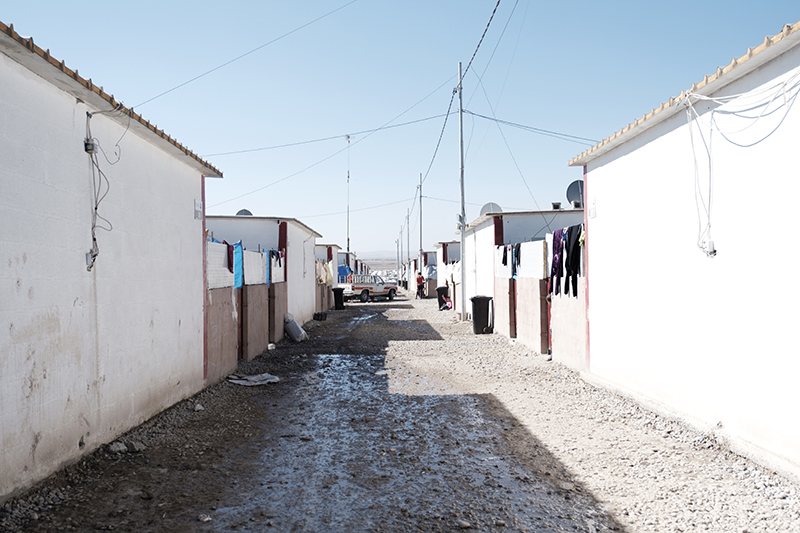 One of the streets of the camp. UNHCR reports that 3.8 million people have been internally displaced
in Iraq since January 2014, 60% of these people live outside of refugee camps. 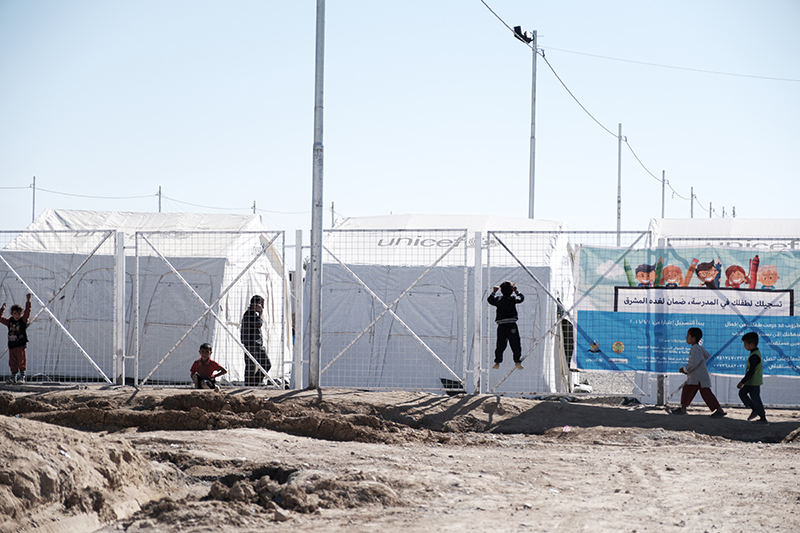 Children playing around the school UNICEF built in Debaga refugee camp. 16 200 of the camp’s inhabitants are children. 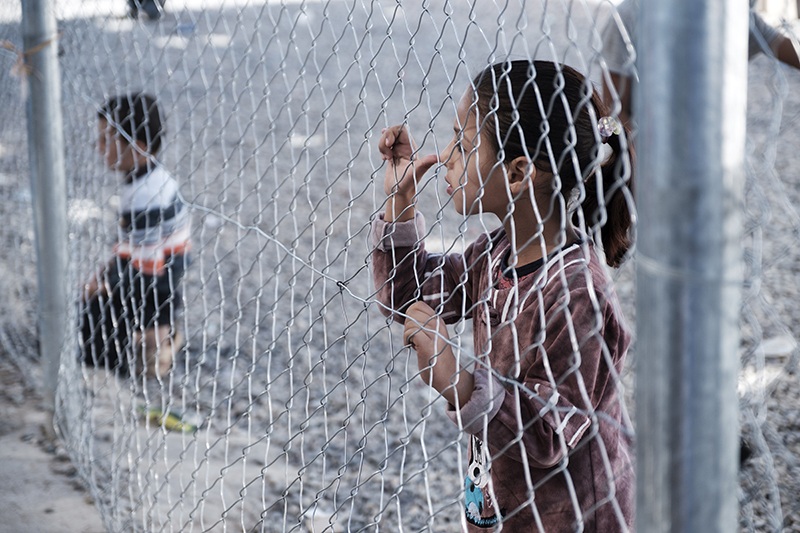 A child watches her piers playing in the Child Friendly Space of the camp. 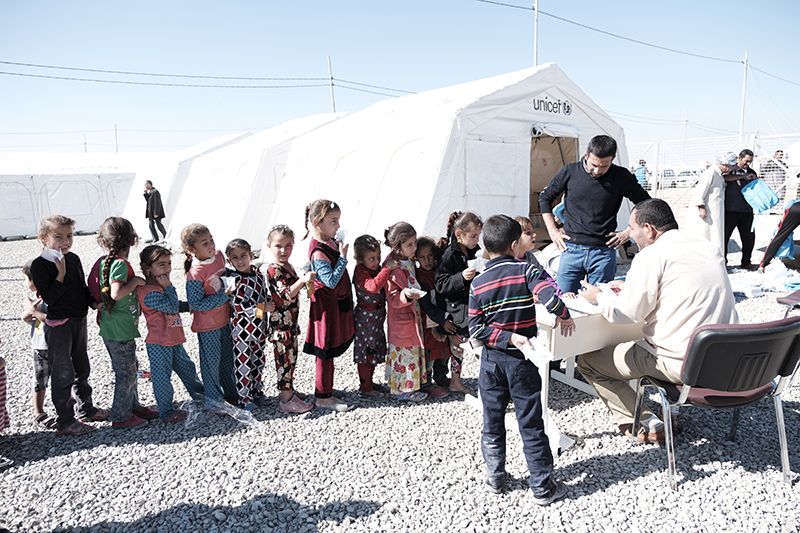 Children waiting in line to get their school bags, donated by UNICEF. 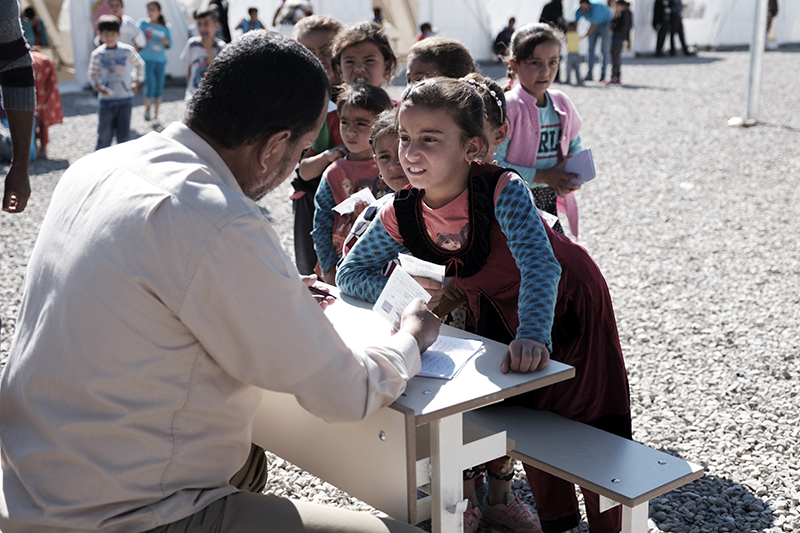 A girl waiting in line to get her school bag, with notebooks and pencils inside. 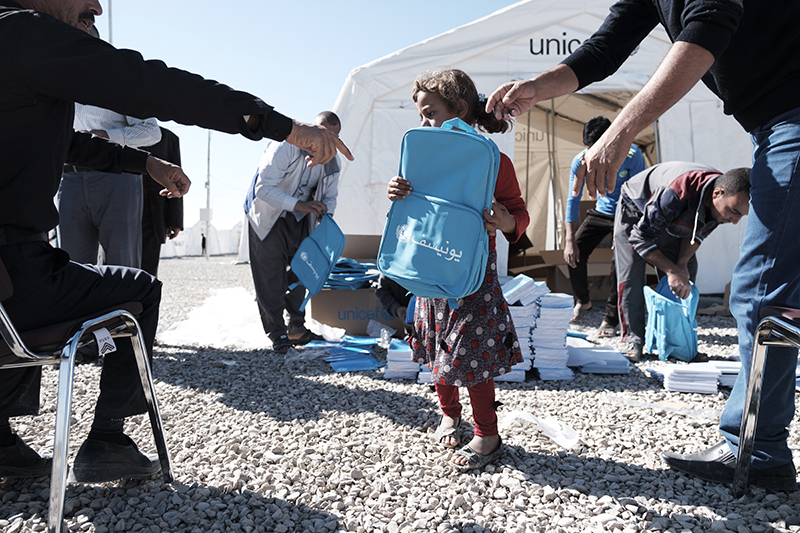 A child gets her school bag. Over 600,000 displaced children in Iraq have missed a whole year of school. 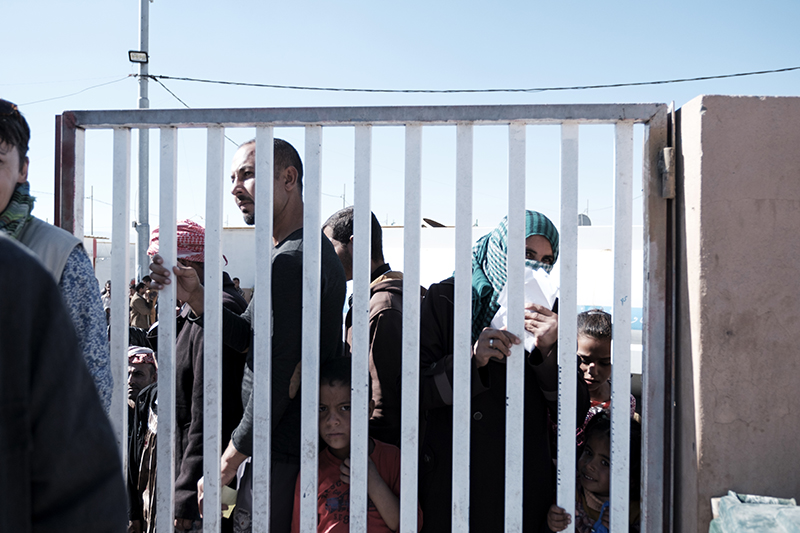 People waiting to talk with the director of the camp. 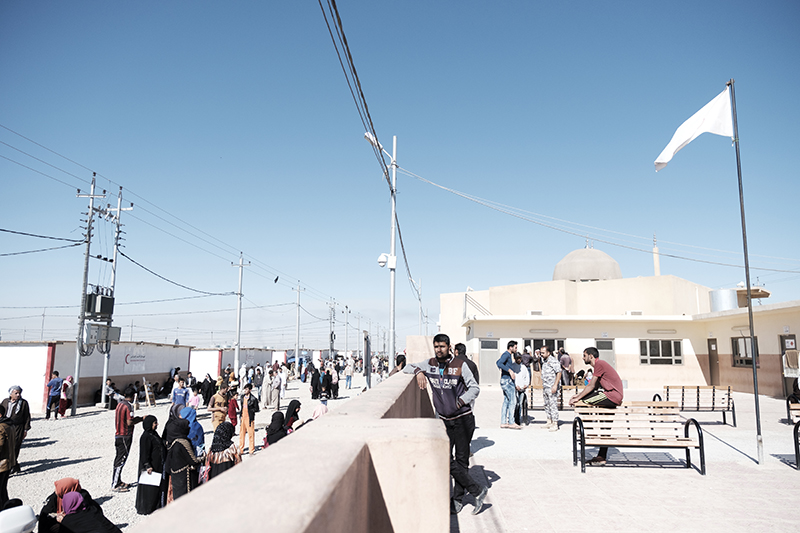 The mosque at Debaga refugee camp. 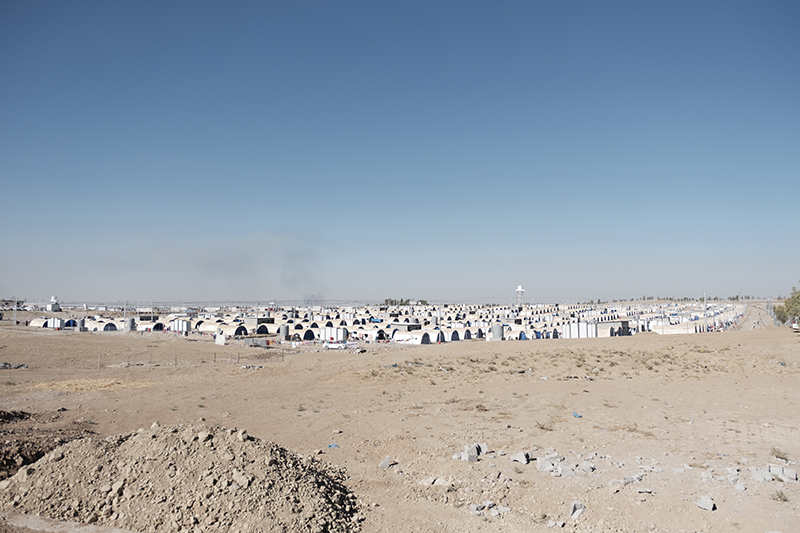 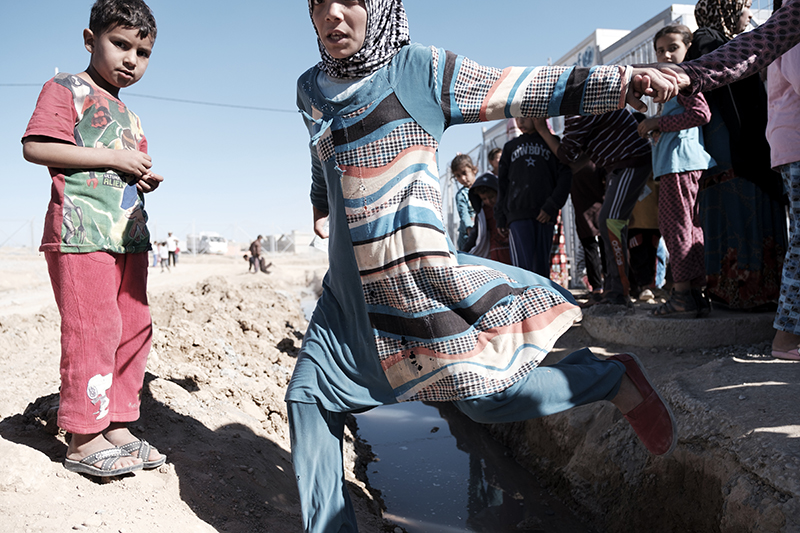 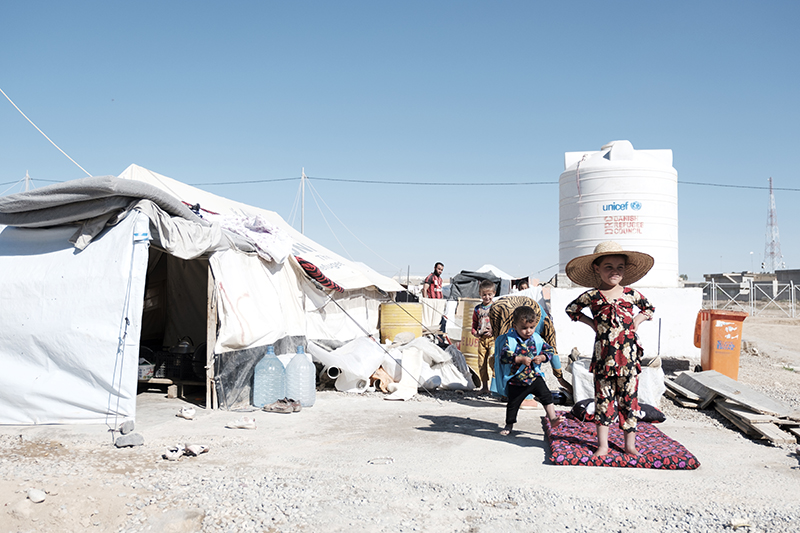 Children playing outside their tents. 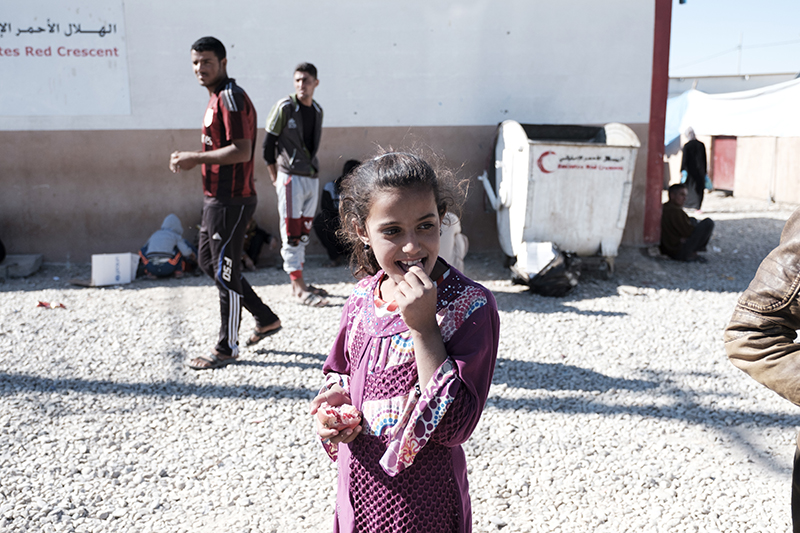 A girl outside the Red Crescent ambulatory. 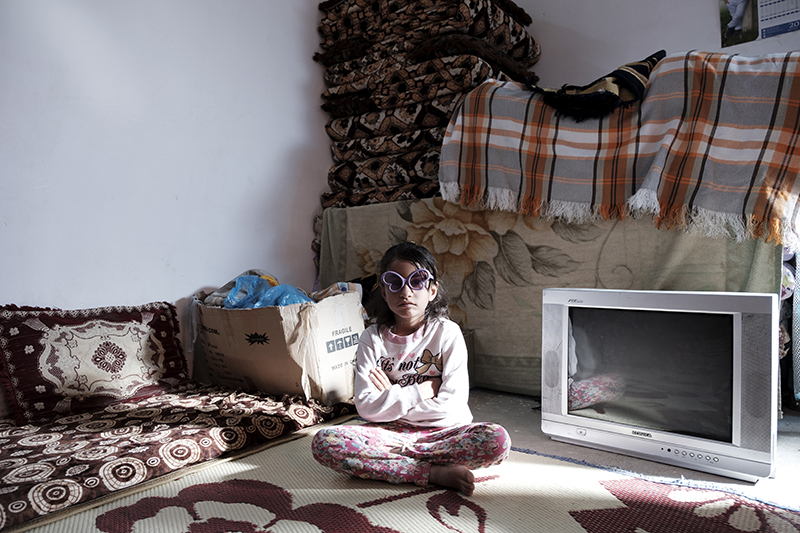 Sara, 7, inside her tent. She comes from Jara La, Makhmour, and had to flee with her four brothers, four sisters and her parents when ISIS
occupied the city. They had to pay a smuggler 100 $ each to cross the checkpoint, where her nineteen-year-old sister was scolded,
despite the fact she was covered from head to feet, because her eyes were showing. 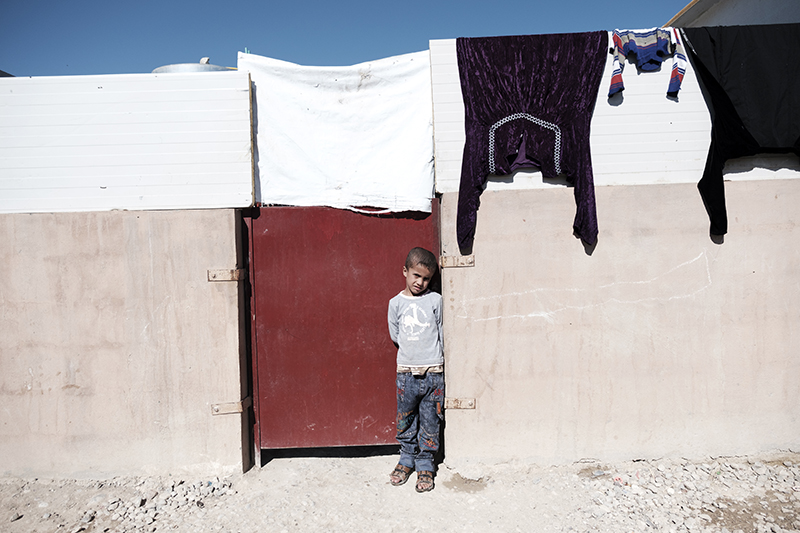 A child in front of the house he now lives in.