Nazarbayev’s Kazakhstan and its’ opponents

Alma Shalabayeva is the wife of Mukhtar Ablyazov, one of the most famous kazak dissidents.
She and her daughter Alua (6) have been arrested near Rome by Italian police and sent back to Kazakhstan, accused of having a forged passport.
After months of being forced in her parents’ house, near Almaty, Alma was set free and given the permission to exit the country, this photos were taken back when she didn’t know what was going to happen to her and her daughter.

All captions are taken from the two articles by Mr. Adriano Sofri “Un giorno a casa Shalabayeva” and “Kazakhstan, processo all’opposizione” 6.8.2013 and 12.8.2013 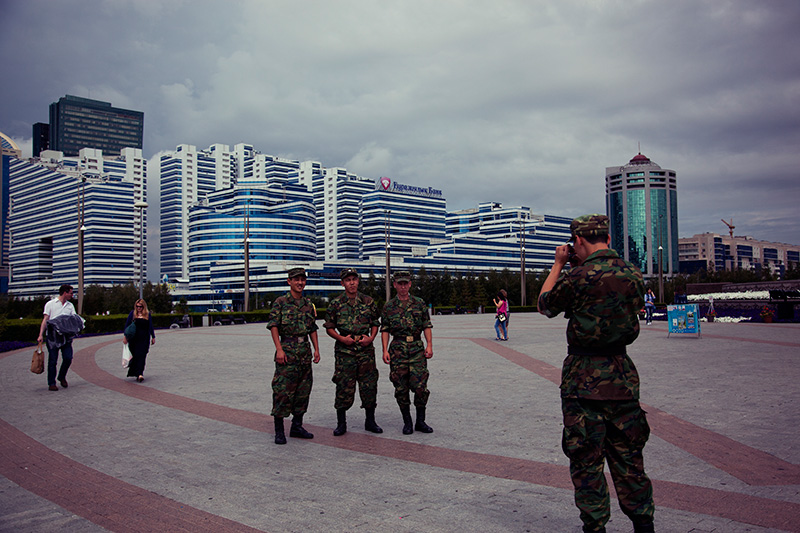 The "Kazakh affair" represents much more than it seems. Nazarbayev is an autocrat, but an extraordinary political leader too who is yet considered as the decisive roleplayer in the stability and security of an enormous nation (practically ten times Italy, with a 17 million population). 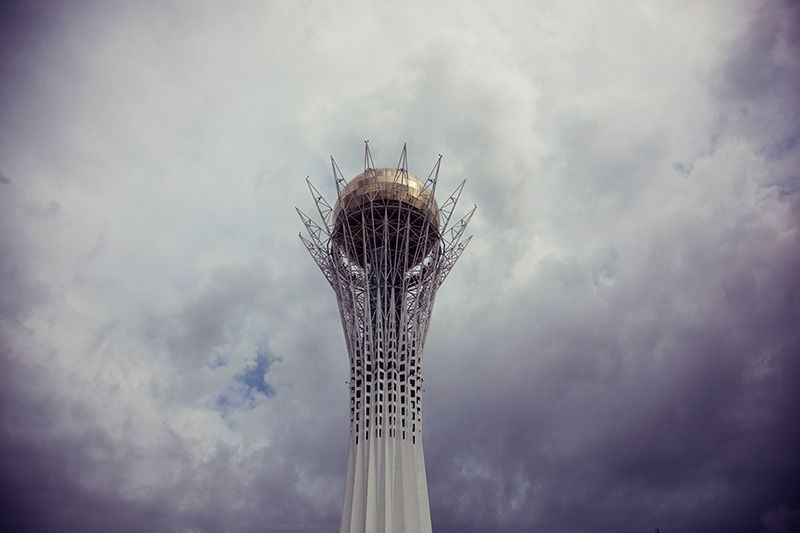 There's also another Italian issue - other than international- regarding the equilibrium between the defence of human rights and business relationships with the wealthy Kazakhstan. It's an italian affair which sees President Nazarbayev close to Berlusconi - a friend - and Prodi - a trusted counsellor - other than Eni company and numerous other ones. 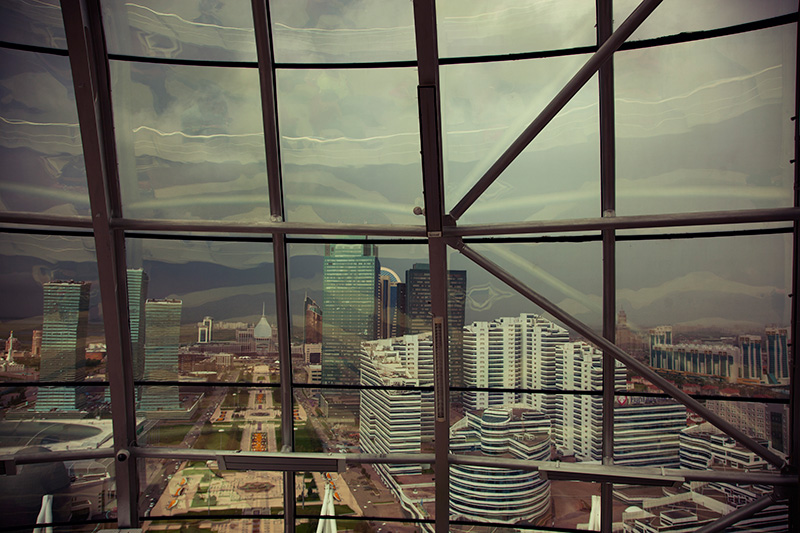 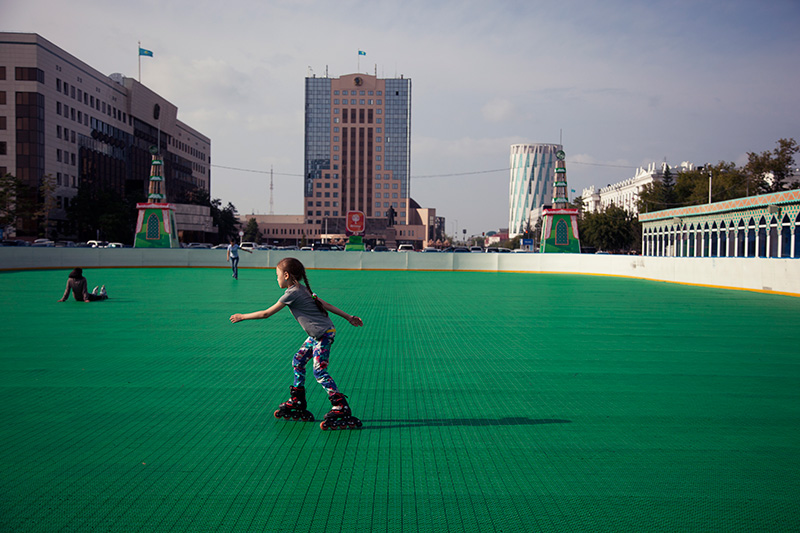 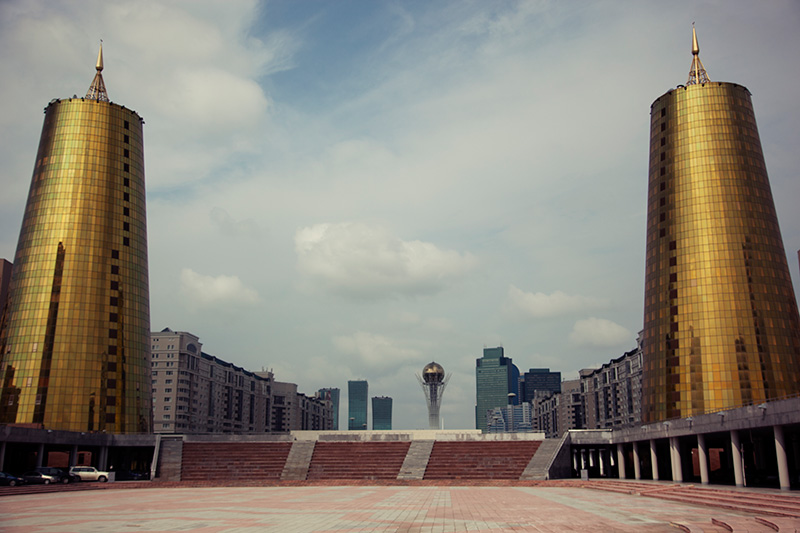 I would like to spy upon the Milanese peoples' faces who visit Astana (EXPO 2017), a combination of Shangri-la and Edenlandia, even today, after 15 years of its invention. Nevertheless, opponents can turn out to be capable, but torture, imprisonement, death, are alla serious stuff which render serious any matter. 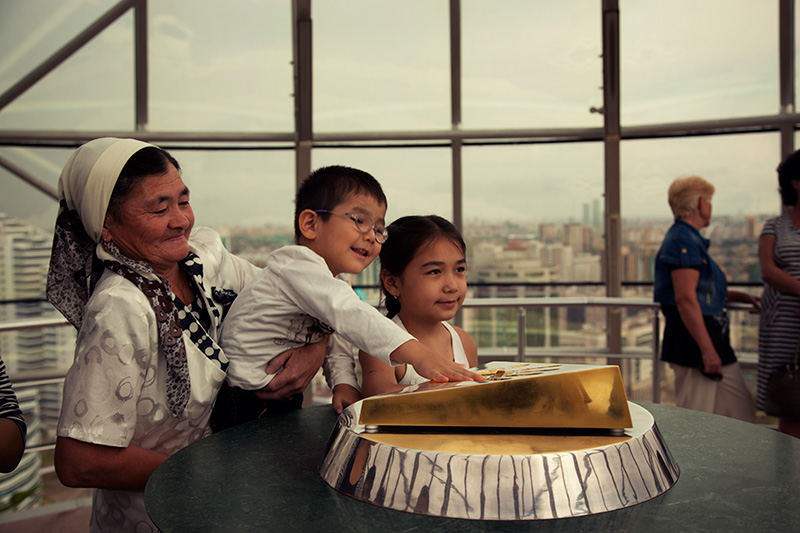 Families take their children on top of the fabulous Bayterek tower, to pose their little hands upon the leaders golden handprint and make a wish: "It's like shaking hands with the President" says the guide smiling. 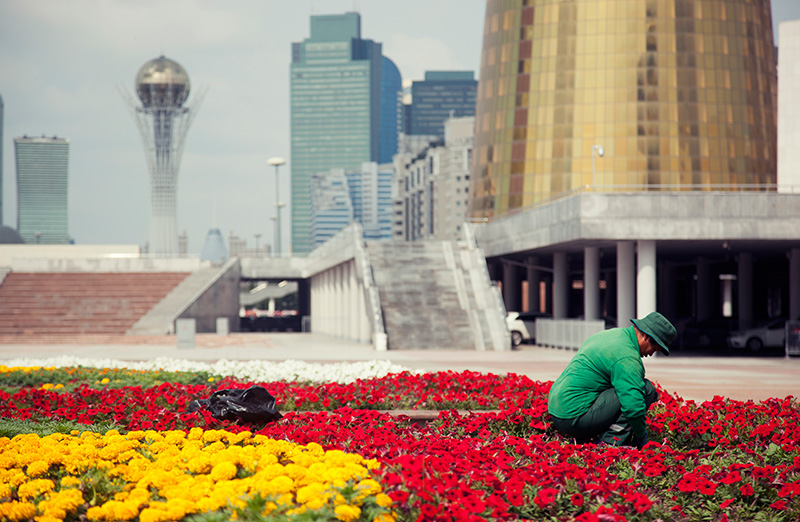 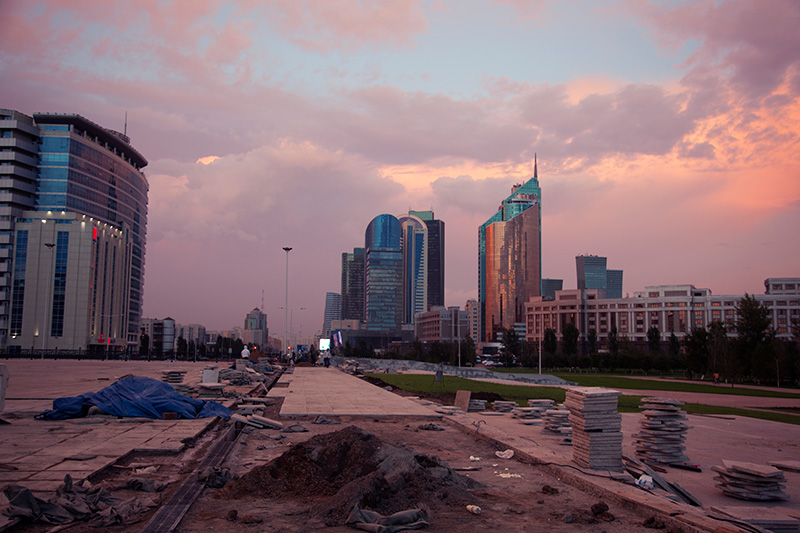 The unjustified deportation of Alma Shalabayeva and daughter has turned upon the opponents of the regime of Nursultan Nazarbayev with the force of a disastrous avalanche. Yet another episode has opened and rapidly closed yesterday upon the faith of one of the most famous political prisoners of Kazakhstan, Vladimir Kozlov. It happened in Court, in the capital Astana. 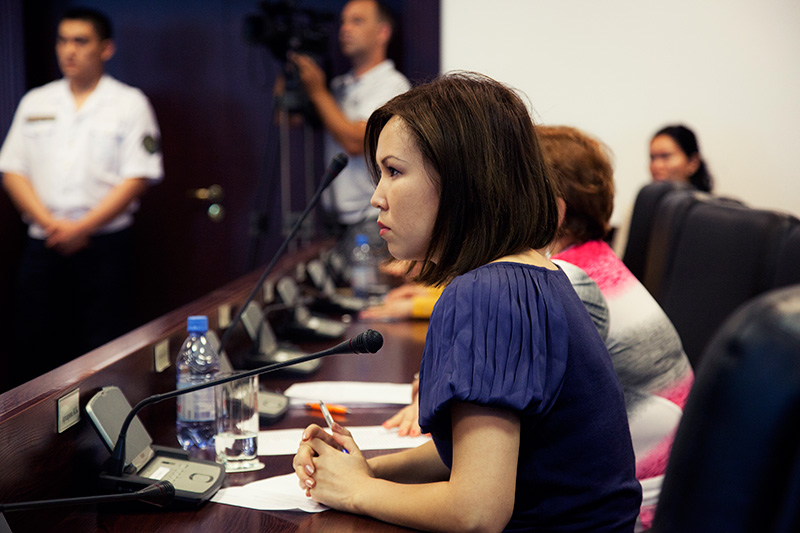 Alija, Kozlov’s young (pregnant) wife has announced persistance, and she will bring her battle to the European justice system. She is very combative, her husband too, as it is proven by the long and beautiful letters he has been sending from jail and that she sometimes publishes. 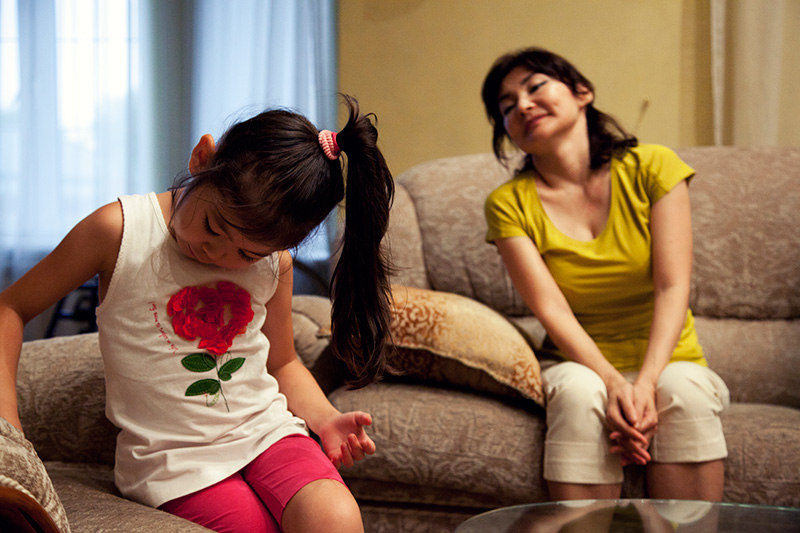 Alma Shalabayeva has never been anything other than "the wife of". Italian police, urged by the excess in enthusiasm of its political ministers, was looking for her husband, hasn't found him, and aggressively deported her and the daughter. The "wife of" and the girl became a playing card amidst the man hunt. The Kazakh Minister of Foreign-Affairs, Mr. Erlan Idrissov, claimed that "Alma Shalabayeva is free to go wherever she wants". We ought to believe to what a Minister says, and so should he. We're at her parent's house, just outside Almaty, at the borders of the "Felicità" (happyness in italian) neighborhood, erected in latin alphabetical characters. Alua is six and greets us both in english and italian. 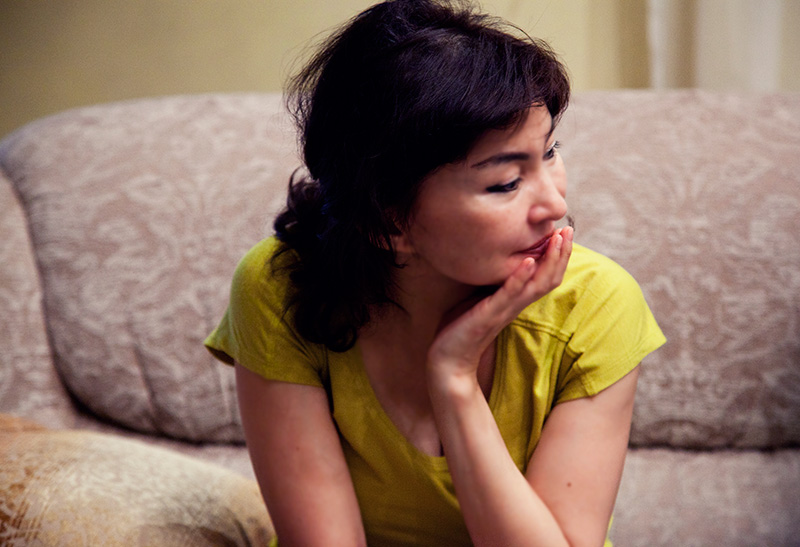 Alma: " I was really afraid the night in which they came to take us, but I'm thankful to the Italians who defended us. I thank everyone, and I really need to. I'm amazed by Minister Emma Bonino, with her apparent fragile looks and a couragious will: i would like to meet her in person." At Ciampino airport, whilst waiting, a kind employee told her: "There's a bunch of armed people, what have you done?" "I'm the wife of a Kazakh opponent", she answered. "That's it?", he asked. I learned three or four Kazakh words. One is "alma", which means apple, the name of Alma Ata comes from there, but at times in memory of that lost paradise, it can literally mean: "Do not touch".